Q> What is Manual Testing??
It is the process of where we check functionality of any application module with out using any automation tools, just check manually.

#SDLC :  Software D Life Cycle
It is step by step procedure to develop the software.

Q> What is Waterfall model??

*# Waterfall-model : It is traditional model, it is sequential design process in which the process is seen following steadily downwards like waterfall model.

through the different phases as shown in the figure, 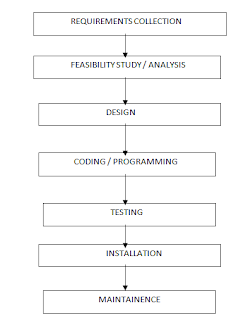 Testing :-
done by test engineers
- it is the process of checking &  rectifying all defect.

Advantage :- Here requirement is freezing thats why we get a stable product, because there is no chnage in design and code.

Dis-advantage :-  there is need to change some design & coding but we can not change in requirement.

* Developing a simple applications.
* It is used for short term project
* It is used whenever the requirement can not change.

Q> What is spiral model??
In Spiral model, the software product is developed in small modules. 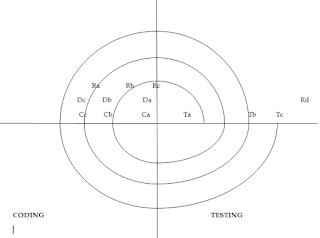 Now i am gona discuss about most of the important model

V &V Model - Verification & Validation Model
This model is come up in order to overcome the drawback of waterfall model.
Here testing starts the requirement stage itself.
There's diff phases are shown in this figure 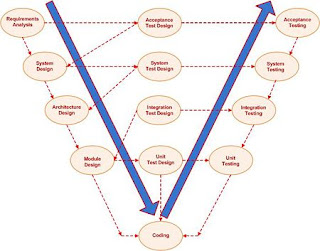 in this module development & testing both are carried parallel.

Advantage
*Requirment changes can be easily handled.
*Testing happens each and every level at the end, we will get   quality software.

Dis-advantage
*It is complicated to implement.

Prototype Model
1>It is dummy application which functionality unstable.
2>It help us to communication between customer & developers.
3>It will give customer a feel how the application look like before its develope.
There's diff phases are shown in this figure 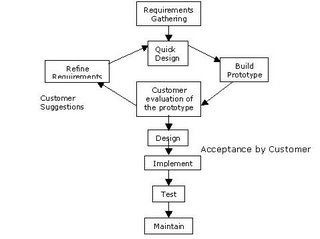 Drawback of Prototype model
1>There is delay in starting the real project.
2>To improve the communication,there is an investment needed in building the prototype model.

There are 2 types of prototype

*Cost of rework is less.
*It improves the communication between customer & developers.

*There is delay in the actual development of the software.

*It is mandatory to use prototype model.

It combines two or more modules & modify as per business requirement. 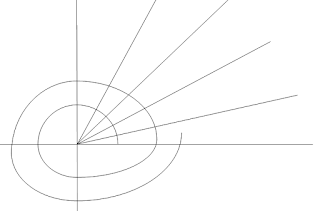 We will you go with waterfall model, spiral model, prototype model & v model?

Q> What is Software Testing??

It is a process finding or identifying defect in software is           called sw/testing.
It is verifying the functionality of application(s/w) against       requirement specification.

There are 3 types of software testing.

WBT is done by developers. It is the testing of each and every line of code in the program. When we do WBT must hava knowledge in programming.
Developers do WBT, sends the software to testing team.
The testing team does black box testing and checks the software against requirements and finds any defects and sends it to the developer.

The developer fixes the defect and does WBT and sends it to the testing team. Fixing defect means the defect is removed and the feature is working fine.

Black Box Testing
In this testing we just give input & check the output the expected result.we dont bother about the logic & coding behind this.

In this picture you can understand better 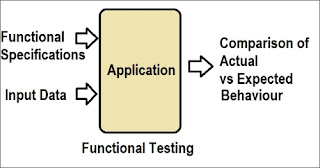 Testing the data flow between two features and modules in an application is called as integration testing. 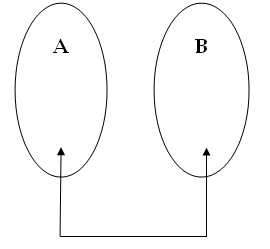 Example:- We do first functional testing for username & passowrd & submit & cancel button then we do integration testing.

Scenario1
Login as 'A' and click on compose mail, we do all functional testing. Now we click on send also check for save draft
after we send mail to 'B' we should check in the sent items folder of 'A' to see if the sent mail is there, now we logout
as 'A' & login as 'B' go to inbox & check if the mail has arrival. 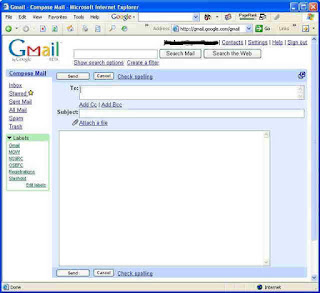 Scenario2
We also do integration testing for spam folder, if the particular contact has been marked as spam then any mail sent by
that user should go to spam folder & not to the inbox, we also do functional testing for each & every feature like inbox,sent items etc.

1>Incremental integration testing :- Here inclemently at the module and then we test the data flow between them.

Top down approach :-
Here add a module in the child of previous module & then we test the data flow happening parent module & child or not.

Bottom up approach:-
Here we incremently at the module such that to add module in the parent of previous module and then we check whether the data flow is happening from child to parent
or not.

It is the combination of two approaches like top down+bottom up approach.

Here we randamly pick up any two features then test the data flow between that.

System Testing:-
End to end testing where testing at environment is similarly to production environment.
The system as a whole is start testing to uncover requirement errors.

Verifies that all system function and performance has been courage.

1. First you test the graphic user interface of all mentioned modules by checking that font size, alignment, display images should work properly on all the modules.

2. Checking functionality related issues by checking that the requirements of client have been m or not.


3. After checked functionality i can check whether the application is user friendly or not so here i start checking that properly messages should be displayed on  screen or not. In this Usability Testing you test the whole system  means app by keeping users in mind because if the app is not user friendly than your client will not accept for a long time, the app because in app apart from functionality user friendly is also most of the important part.

Testing the critical function or basic feature is an application before doing through testing or in depth testing is called as smoke testing. 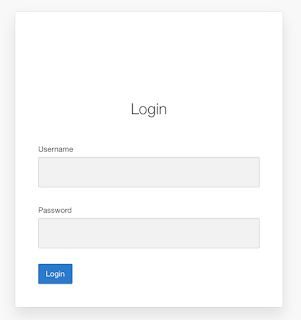 In this above login link we perform smoke testing. we will give valid username & valid password and click on 'ok' if we are able lo login then smoke testing has pass.

Q* How much time it used to take your current project?
Ans* Approx 4 hours because the project is to long.
Q* Do you think smoke testing perform waste of time?
Ans* Never.
Q* As soon as you get the build what will you do?
Ans* Start with smoke testing.

ACCEPTANCE  TESTING
here few end users will start using software in real business for a particular of time find out does the software support all the business scenario or not. 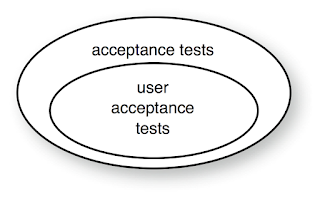 Type1 :- here few end users will start using the software in a real business for a particular period of times find out does the spftware support all the business scenario or not.

Type2 :- Tester from development company will go to the clients location and they will test the software based on the scenario gathered from end users to find out does the software are support all the required business scenario. 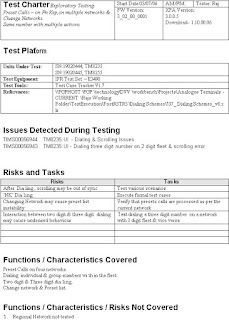 In the above figure, after we have tested the application for FT, IT and ST – if we click on some feature instead of going to homepage (or) sometimes datapage, if it goes to blank page then it will be a bug. In order to avoid these kind of scenarios, we do Ad-hoc testing.

There are 2 types of globalization testing
•Internationalization Testing ( I18N testing ) It has we check whether right content is displayed or not.It has website develop in Chinese language the whole content in Chinese.If there some other content it is defect.
Example, The whole website in Chinese then copyright information is in english.
•Localization Testing ( L10N testing ) Here we check all the fields in application is developed of based on local country standard or not.
Example, The date field in India DD/MM/YY  where as the date format in US should be MM/DD/YY where as Chinese YYYY/MM/DD. 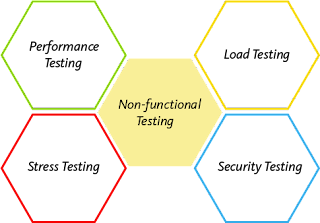 Performance Testing
Testing the stability and response time of the application by applying load click on it is called as performance testing.

Load testing
Total number of users accessing the application at given point of time known as load testing.

Stress Testing
It is a type of non-functional testing.
It have beyond normal operational capacity, having breaking point, in order to observe the results.
It is a form of software testing that is used to determine the stability of a given system.

Volume testing
here we transfer huge volume of data from one location to another location and then we check did this happen specifid amount of time.

Soak
Testing the stability and response time of application by application load which is less than or equal to desined number of user continuously for a particular period of time. 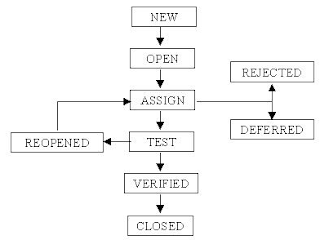 New- After creating bug new issue by tester, the status of bug will be new.

Assign -After changing status from new to open that issue need to assign to appropriate/responsible developer, so after that developer start fixing this issue with changing code & all.

Re-test- So once dev fixed issue that issue again assign back to testing team or say that tester who reported this issue, so tester need to verify whether that issue is fixed in latest build.

Closed- After re-testing if issue is fixed and working fine as according to requirement then you can close the issue. otherwise re-open tha issue.So again it will follow status of bug life cycle.

Posted by my new